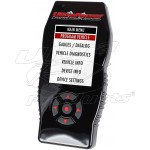 Most orders are shipped within 24 hours from the order date. Orders placed on the weekend or after cutoff on Friday, and orders placed on select holidays are processed on the next business day. Please see our shipping terms for more information.

Stage 3 Description:
Ultra RV Product’s Stage 3 Performance Kit takes the benefits of Stage 1 & 2 and tops it off with the beautiful stainless steel Banks TorqueTube headers. The TorqueTube headers replace the puny, stock cast manifolds that do a really good job of choking the 2 valve V10. Ask any engine builder and they will tell you that allowing the engine to breathe better is the name of the game when it comes to improving horsepower, torque and fuel economy. No longer will your coach downshift at the slightest incline and rev the engine to the moon. The combination of our custom tuning and the airflow improvements work together to more efficiently mix the fuel and air for better combustion which equals better fuel economy! We can’t guarantee a fuel mileage gain but most of our customers do report a slight gain of between 10-12%.

UltraPower Custom Programming is the most cost-effective modification you can make to your Ford RV 6.8L V10 for both performance and fuel economy. From the factory, the V10 engine is detuned and the transmission shifting schedule leaves a lot to be desired. One of the most noticeable differences from stock will be the elimination of the annoying downshifts that occur at even the slightest of hills. Because of the changes made to both the engine and transmission, you will be able to maintain higher gears for much longer and under a higher load...this alone makes a great deal of difference in driving comfort. Throttle response is greatly improved and merging onto the freeway will be much less stressful. UltraPower Custom Programming also works very well in conjunction with aftermarket headers, exhaust and intake, such as the Banks PowerPack.

The state of California requires that this warning be posted for people purchasing products that reside in California.

WARNING: Products may contain one or more chemicals known in the State of California to cause cancer and/or birth defects or other reproductive harm. For more information, visit www.P65Warnings.ca.gov